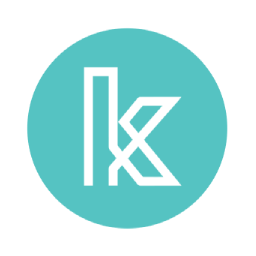 How's your sleep? What keeps you awake at night?

What keeps you awake at night? Worry about the kids, the teenage son or daughter who is out late. The concerns of work that are building up? The relationship issues you have with loved ones that have gone bad? Maybe it’s your health or the health of others. I don’t know about you but sometimes my body wants to rest but the brain just won't stop. The ideas just keep growing, the worry of tomorrow’s events dominate my sleep, the conversation I had or wished I had keep going round in my head. I heard a message that quoted a scripture that just didn’t make sense, I call these scriptures “SHOCKER”, something that takes my attention.

The night before Peter was to be placed on trial, he was asleep, fastened with two chains between two soldiers.

Suddenly, there was a bright light in the cell, and an angel of the Lord stood before Peter. The angel struck him on the side to awaken him and said, “Quick! Get up!” And the chains fell off his wrists. Act 12:6

Now does that sound odd to you? Peter is in a high security jail, in chains, with soldiers on either side, waiting for a trial that will probably sentence him to death, (actually take his head off), and he is asleep.

Such a deep sleep that even a bright light (remember those angels know how to do bright lights), didn’t wake him. The Angel had to strike him. He didn’t just nudge him or give him a gentle push, or a gentle motherly ”Peter wake UP”. It was a full on strike. Here is my question - how could Peter be having such a deep sleep when he should have had so much going on in his mind? I think Peter took life to the next level. I think Peter understood that if Jesus is in the boat (thanks Tim for a great message last Sunday - YOU CAN LISTEN TO IT HERE), he would get him through the storm like he did before, he would get through this, worry wasn’t going to take his much needed rest away.

Is your relationship with Jesus at that place where nothing will keep you awake? That you can rest even if there is a big day tomorrow. What if our prayer before we went to bed was “God you’ve got this”, what if we could hand everything over to Him knowing he is the calmer of storms, the one who knows about tomorrow and has it all under control.

Think about that this week and take your relationship to the next level, THE DEEP SLEEP LEVEL.

‍My prayer this week is that you will know the amazing peace and rest that only comes when you “know”  Jesus has got it all under control.